Captain A. Judson Bennett was a life- long resident of Lewes, DE. He served the maritime industry for 33 years, primarily as a Delaware River Pilot, guiding large ships to the Port of Philadelphia. Captain Bennett has been an active and consistent entrepreneur over the years.

He was elected as a Lewes City Councilman for 6 years. Afterwards he ran for the Sussex County Council as a Republican, and with 20 thousand people voting, lost Delaware’s closest election by 3 votes to an 8 year incumbent. Abandoning his personal political ambitions, he became the Republican District leader, advocating conservative values. Captain Bennett became a lobbyist in the state legislature advocating among many ideas, financial literacy concepts in education. He managed several political campaigns, including one for Governor of Delaware and one for the US Senate against VP Joe Biden. He is now the owner, operator, and writer for the Coastal Network which communicates regularly with over 6000 people throughout the State of Delaware.

He is now a Widower, living in West Palm Beach, Florida. Captain Bennett has one son, three grandchildren, and one great grand-daughter, all who live in Richmond, Virginia.

I’ve been holed up like an Eskimo in an igloo, isolating at home, watching way too much Fox News and doing my best not to eat my entire month’s worth of food […]

I don’t know about you, folks, but I can’t stop watching the news about this Coronavirus (COVID-19) outbreak. It’s obviously an important pandemic. Everything is closing down. And I’m an old person […]

Delaware Courts Can Move in the Right Direction, Starting with Leadership at the Top

I’ve been venting my frustration about Delaware Courts and the unbridled abuse in what looks to be a corrupt system full of bias and from my view, quite a bit of cronyistic […]

I was texted this article below by a Sussex County, Delaware friend. The story is written by my friend Sam Waltz of the Delaware Business Times. Sam’s excellent article captures the importance […]

Please check out this victory for TransPerfect. The real story here as I see it folks is that Bouchard and his court-appointed custodian, Skadden’s Robert Pincus — his former law partner, to […]

As Delaware’s Joe Biden heads into Super Tuesday with some momentum from his victory in South Carolina, he still has a huge weight weighing on him… the diversity problem in his home […]

Once Mighty Delaware — in a Downward Spiral?

The glory days of Delaware look to be farther and farther behind us folks, as I look into my rear-view mirror. Delaware’s economic struggles have grown, it’s a destination for late-term abortion, […]

Check This Out, Folks: Billboard Truck in Front of Skadden Arps Office in Delaware

Folks, you have to check this out… eye-popping stuff happening in Delaware! Right in front of law firm Skadden Arps’ office is a billboard on the back of a truck calling the […]

Once again, a newspaper in Europe is writing about America’s First State — that’s Delaware, in case you didn’t know. In my view, this continuous and suspiciously absurd, seemingly biased operation that […] 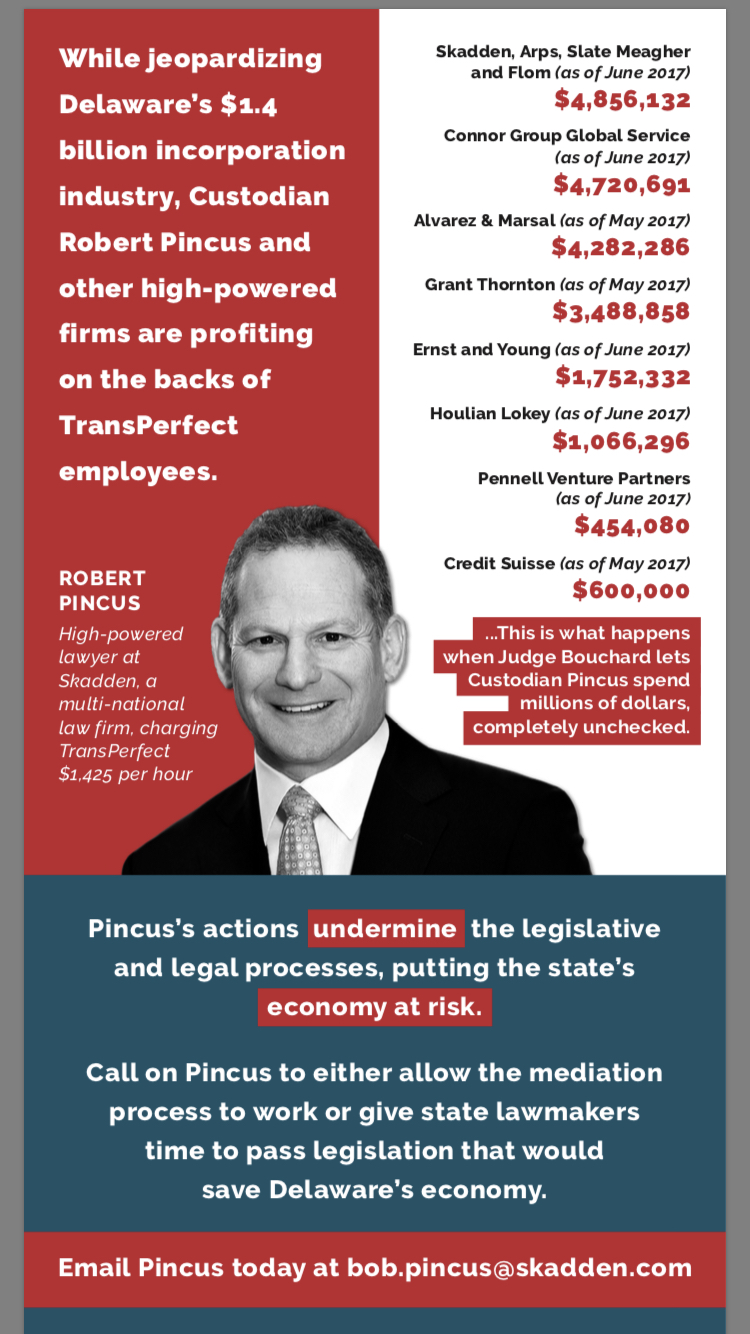